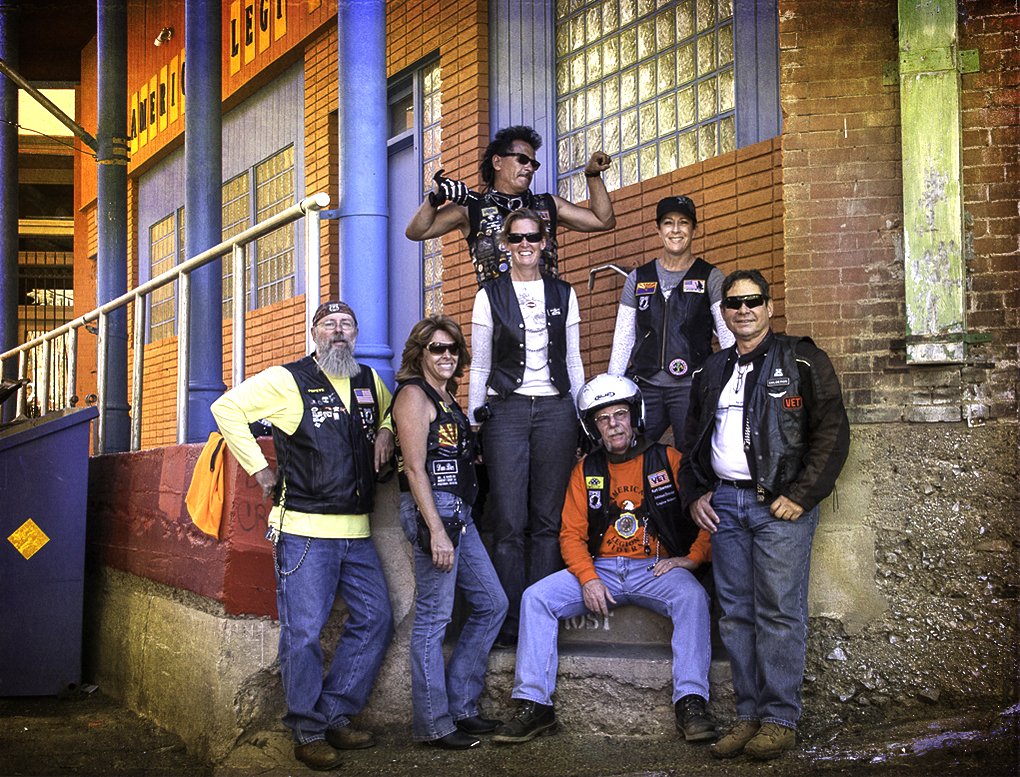 They came roaring up, seven amigos on motorcycles.  I was trying to shot the alley, trying for a panorama type image as they road into my shot and parked in front of the “No Parking” signs on the wall.  I liked them right away.

You might be able to tell from the photo who started talking first, asking if his hair looked ok  for the pictures. He posed with his butt facing Amy and I.  After joking around, and them posing for us, we got talking.  I didn’t take long to figure out who was the class clown, the thinker, the shy one, the toughie, you get the idea.  We exchanged business cards after a declined invite to have ice cream with them.  They were open and humorous and we felt lighter because of them.  We couldn’t help smiling as we took a few pictures of them riding away.

I did email them, sending the pictures.  Some, like this one, were posed while others were spontaneous shots taken on their bikes or interacting with each other.  I felt kind of like a modern day pen pal, writing, pressing “send”, not really knowing what to say but  attaching the images anyways, a reminder of a few minutes spent together.

A small note on alleyways:  take a walk through one every once in awhile, there always seems to be something unexpected to find.