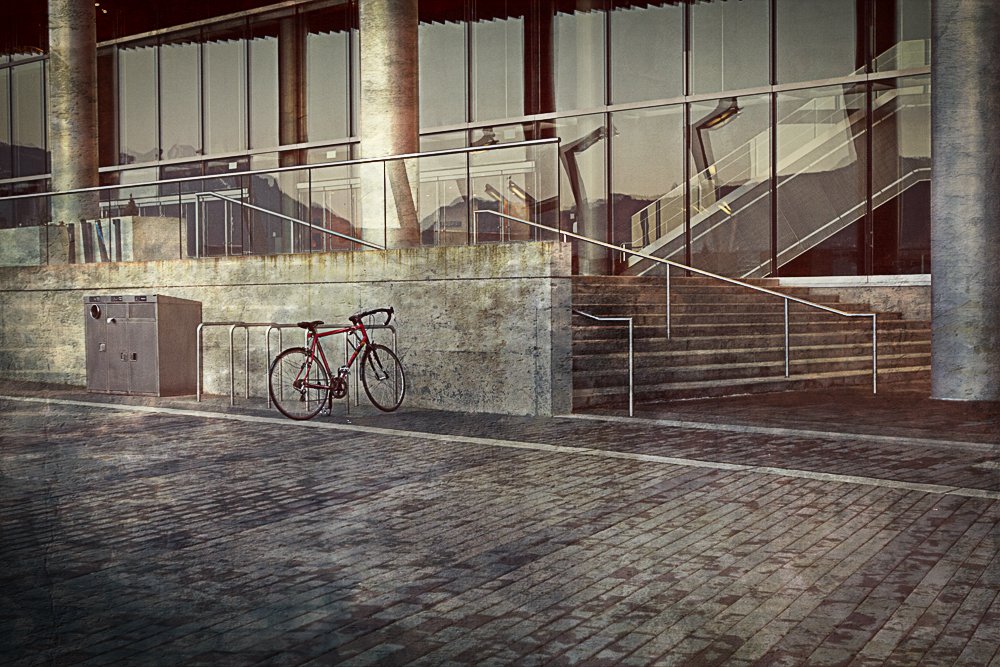 Something about the lone bike

I’ve noticed a trend.  For some reason I seem drawn to photo’s with bikes in them.  Not a bunch of bikes, the lone bike in the middle of a busy place.  There is a peacefulness to the scene but also a sadness.  Just a bit of loneliness.

I often wonder who the owner is.  Are they getting a coffee somewhere, have they forgotten their lock combination, is the tire flat and they’ve left it in the bike rack until they can come and get it?

And speaking of bike racks, everyone has certain memories of those.  In elementary school there was a good fight out by the bike rack at least once a week.  In Jr. High different groups would linger around, making plans for the weekend, riding off together and saying goodbye one by one until there was one rider left, always the one who lived furthest away.  In high school, the bike racks were neglected.  The bikes had been given up for vehicles driven by us young punks with a new license.  The decline of biking.  But then, a resurgence as we got older, looking for ways to stay fit and do something in the great outdoors.  Maybe all of this is just a reminder of what it was like to be a kid and have just a little bit of independence.

So here is the start to a bit of a collection, an ode to the lone bicycle if you will…