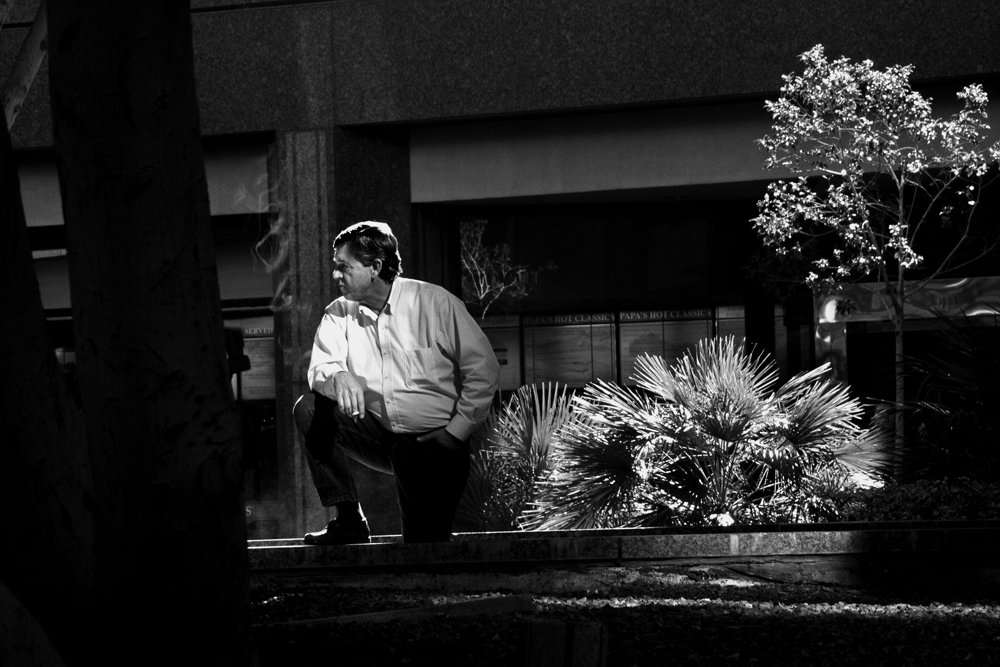 when the light is right

Downtown Phoenix (like most city centers) have something different to offer a photographer each time they go out.  I’ve been to some of the same areas several times but can come home with different pictures, different points of view after each trip.  This was no exception.  There was the strange, the beautiful and for once, a rare moment of perfect light just as I came around a corner.  This doesn’t happen to me.  But more than that, I realized that I had actually found the smoking man from the X-files.  Come on, any of you fellow nerds who faithfully watched Mulder and Scully searching out the unexplainable on a weekly basis should recognize this man.  It makes sense to me that I’ve spotted him in the downtown core — there truly is some of the unexplainable, the often strange and the always entertaining people of Phoenix living their lives within this area.  I wonder what he’s up to now?  And wasn’t he killed off?  Just askin.